Penn's 266th Commencement ceremony for the Class of 2022 will take place on Monday, May 16, 2022 in Franklin Field at 10:15 a.m., and is preceded by student and academic processions through campus. The ceremony will end at approximately noon and will feature the conferral of degrees, the awarding of honorary degrees, greetings by University officials, and remarks by the Commencement speaker, Ken Burns, American documentary filmmaker, recipient of 16 Emmy Awards and 2 Academy Award nominations.

The Baccalaureate ceremony is an interfaith program for the graduating seniors that includes student musical performances, readings, prayers, and a special guest speaker, Dorothy E. Roberts, George A. Weiss University Professor of Law and Sociology and the Raymond Pace and Sadie Tanner Mossell Alexander Professor of Civil Rights. The Baccalaureate Ceremony will be held on Tuesday, May 10, 2022 at 4:00 p.m. in Irvine Auditorium.

In addition to the Commencement and Baccalaureate ceremonies, each school also hosts a ceremony for the students enrolled in that particular school. During this ceremony, the student's name will be called and the student will walk across the stage. For information on the school ceremonies, visit the School Ceremonies page.

If you are unable to attend the University Commencement ceremony, you may view the webcast live. For more information, visit the webcast page. Coverage from Franklin Field will begin at 9:00 a.m. EST on Monday, May 16, 2022. 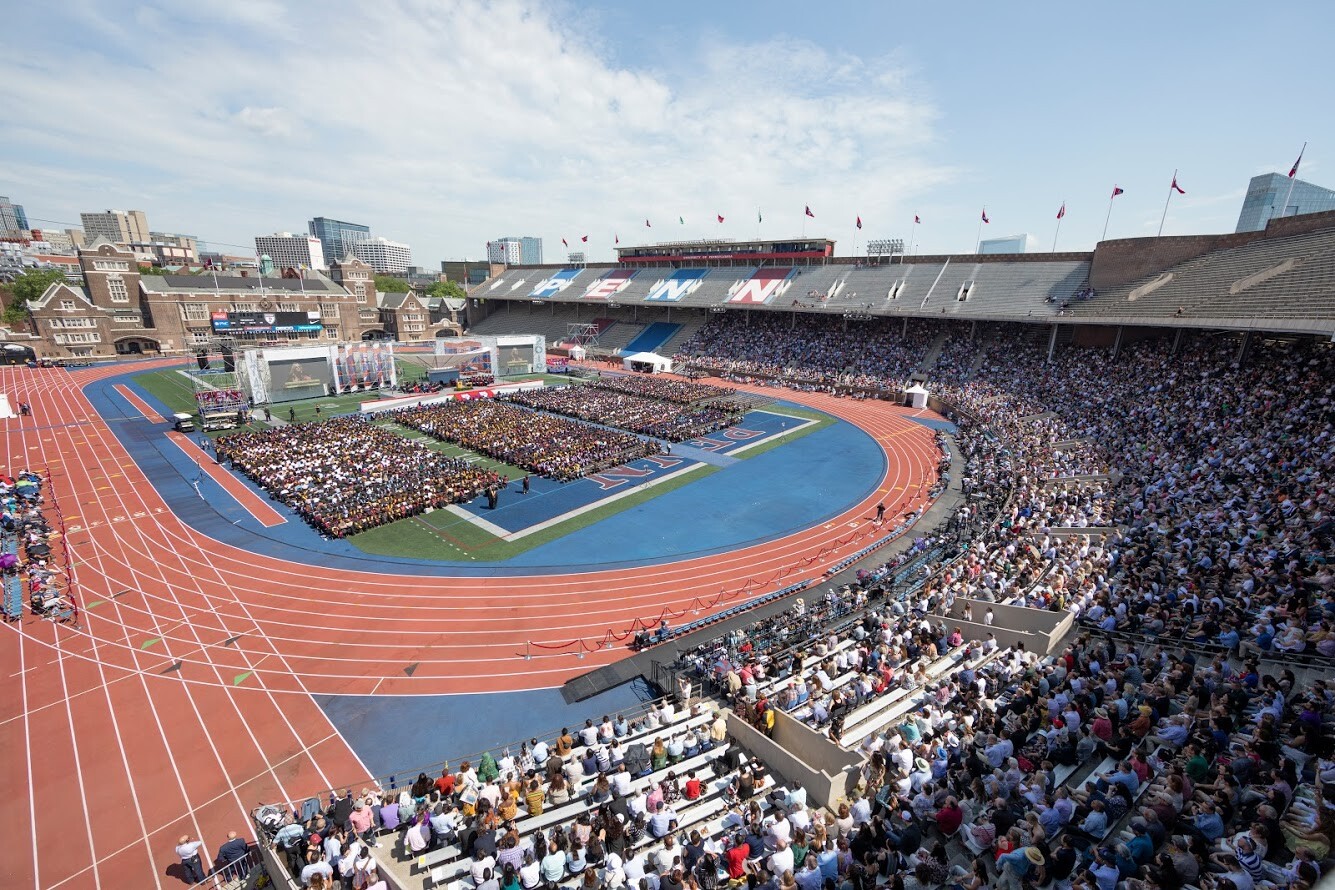 Visitors to campus and to University-sponsored events and gatherings must complete PennOpen Campus pre-screening on the day they visit. They must present their Green Pass on request. Please see the most up-to-date information about the University’s guidelines for visitors to campus. Before guests arrive on campus, they must complete PennOpen Campus pre-screening. Each day you visit campus or come to University-sponsored activities, all graduates and guests must present their Green Pass for entry.

*Visitor Policies listed above are as of March 15, 2022. Subject to change due to changes in public health guidance.

Commencement will be held rain or shine.  In the event of inclement weather, you are encouraged to wear rain gear to protect yourself. The dye in the regalia may bleed onto clothing when wet.

If weather requires changes to the Commencement ceremony schedule, information will be found on:

In the event of severe weather conditions, the academic procession across campus may be cancelled. If it is cancelled, you should arrive at Weightman Hall no later than 9:30 a.m.

Information to plan your visit

Find answers to many of your questions

If you require special seating due to a wheelchair, limited physical mobility or other medical conditions, you may make arrangements for seating on the field or in the lower stands. Please be aware that the stadium is bench seating. Due to space constraints, guests with disabilities who are seated on the field may be accompanied by only one escort.

Pre-registration is now closed. Tickets have been mailed to all those who submitted a request.  If you need assistance or did not previously request seating, please email, after May 9, to seccoor@pobox.upenn.edu

If you require Commencement information materials in alternate formats, advance notice is required.

Guests attempting to enter the facility with any prohibited item(s) will be asked to dispose of such items prior to entering. Security personnel reserves the right to deny access to any individual who does not comply with such policies or is deemed a threat to other patrons.

Office of the University Secretary